For a member of our advertising team to contact you, please fill in the details below:

Join the WIN News team for all the latest in news, sport and weather.

Join the Project Hosts and our guest panellists for all the daily news, events and hottest topics. It's news delivered differently.

Guaranteeing no miracle diets, no stories that ‘no parent can afford to miss’, and virtually no dodgy plumbers, The Project is a TV show joining in the conversations going on in living rooms around the country. 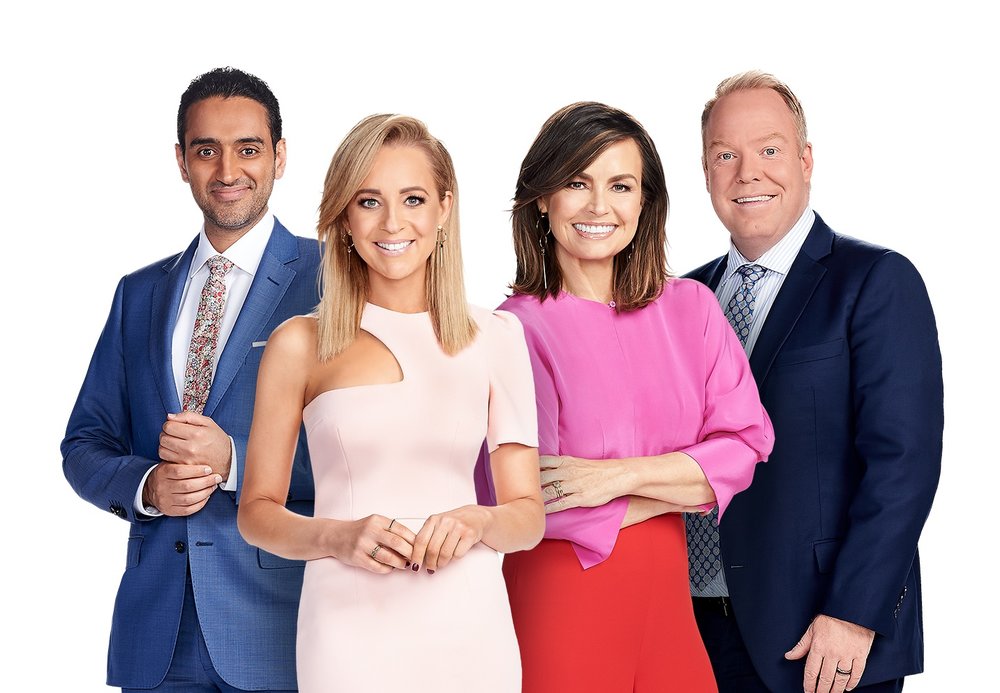 The Bondi Rescue lifeguards are household names in Australia and around the world. The combination of their second-to-none life saving skills and larrikin attitude has captured the attention of millions of viewers worldwide.

Hundreds of thousands of tourists flock to Sydney’s beaches on a daily basis for their slice of the famous Aussie lifestyle.

The Bondi Rescue lifeguards are household names in Australia and around the world. The combination of their second-to-none life saving skills and larrikin attitude has captured the attention of millions of viewers worldwide.

Hundreds of thousands of tourists flock to Sydney’s beaches on a daily basis for their slice of the famous Aussie lifestyle.

The quirky, cunning and capable agents at NCIS leave no Navy or Marine Corps crime unsolved.

Hawaii Five-0 is a contemporary take on the classic series about a new elite federalized task force whose mission is to wipe out the crime that washes up on the Islands' sun-drenched beaches.

Detective Steve McGarrett, a decorated Naval officer-turned-cop, returns to Oahu to investigate his father’s murder and stays after Hawaii’s former governor persuades him to head up the new team: his rules, her backing, no red tape and full blanket authority to hunt down the biggest “game” in town.

However, now there’s a new governor in office with a stricter rulebook that McGarrett and his team will need to contend with. Joining McGarrett is Detective Danny “Danno" Williams, a relocated ex-New Jersey cop – a working man in paradise who prefers skyscrapers to the coastline – who's committed to keeping the Islands safe for his young daughter; Chin Ho Kelly, an ex-Honolulu police detective and former protégé of McGarrett’s father, who was wrongly accused of corruption; Dr. Max Bergman, the quirky coroner; and Chin’s cousin, Kono Kalakaua, a beautiful and fearless native, eager to establish herself among the department’s elite.

Assisting the team is Lt. Catherine Rollins, a dedicated military officer with romantic ties to McGarrett. McGarrett vows to bring closure to his father’s case, while the state’s brash Five-0 unit, who may spar and jest among themselves, is determined to eliminate the seedy elements from the 50th state.

Starting in 1985, Neighbours has become an Australian icon and the longest running drama series in Australian television history.

Neighbours is set in Ramsay Street, a residential cul-de-sac in the fictional Melbourne suburb of Erinsborough. Exploring the trials and tribulations of families and friends, Neighbours brings the perfect blend of soap and sunshine to audiences in Australia and beyond.

The Big Bang Theory is a comedy about brilliant physicists, Leonard and Sheldon, who are the kind of "beautiful minds" that understand how the universe works. But none of that genius helps them interact with people, especially women. All this begins to change when a free-spirited beauty named Penny moves in next door.

Join Australia's most sought out political commentator Peta Credlin as she offers her razor sharp political analysis each weeknight.

The latest highlights, reaction and analysis of the biggest sport stories from Australia and around the world.

Alan Jones will share his unique take on the events and issues facing the nation, provide informed discussion with regular guests, surprising interviews and a look at the issues mainstream media ignore.